Bernard Krigstein is one of the most respected illustrators ever to work in comic books, due in large part to his classic work with EC Comics in the 1950s.  But Krigstein had a career as a commercial artist as well, before and after his time in comics, and very little of those works have been seen since their original printing.  The Bernard Krigstein Illustration Archive is a collection of some of these rare pieces, many scanned directly from tear sheets in the legendary artist's personal files.  (See the rest of the collection HERE)

Up to this point, the Archive has collected several pieces from Krigstein's illustration work from 1957-58, immediately after his retirement from comics.  But these three pieces offer a view into two very different eras of Krigstein's career:  his pre-comics illustration career, and sketches from later in his life as a teacher at the High School of Art and Design in New York City.


This first piece is from the very beginning of Krigstein's career as a professional artist as the staff illustrator for Air Youth Magazine in 1942.  It is important to remember that, prior to working in illustration and comics, Krigstein was an aspiring fine artist who considered these commercial art forms to be beneath him.  It was only when he was unable to find a patron to support his painting career that he grudgingly sought work in the illustration field to help pay the bills.  Krigstein quickly showed an ability to switch gears from his Cezanne-inspired still lifes and self portraits to dramatic illustration work, as this piece shows.  He immediately exhibited a full range of technical skill as an illustrator, even though this piece is likely among his earliest attempts at using these illustrative techniques with ink.  Krigstein's instinctual eye for a dynamic composition is also on display.  (Note:  the blank spot in the composition would have been used for accompanying text when printed.  Also, that is not Krigstein's original signature.  His wife, Natalie, signed many pieces after his death.) 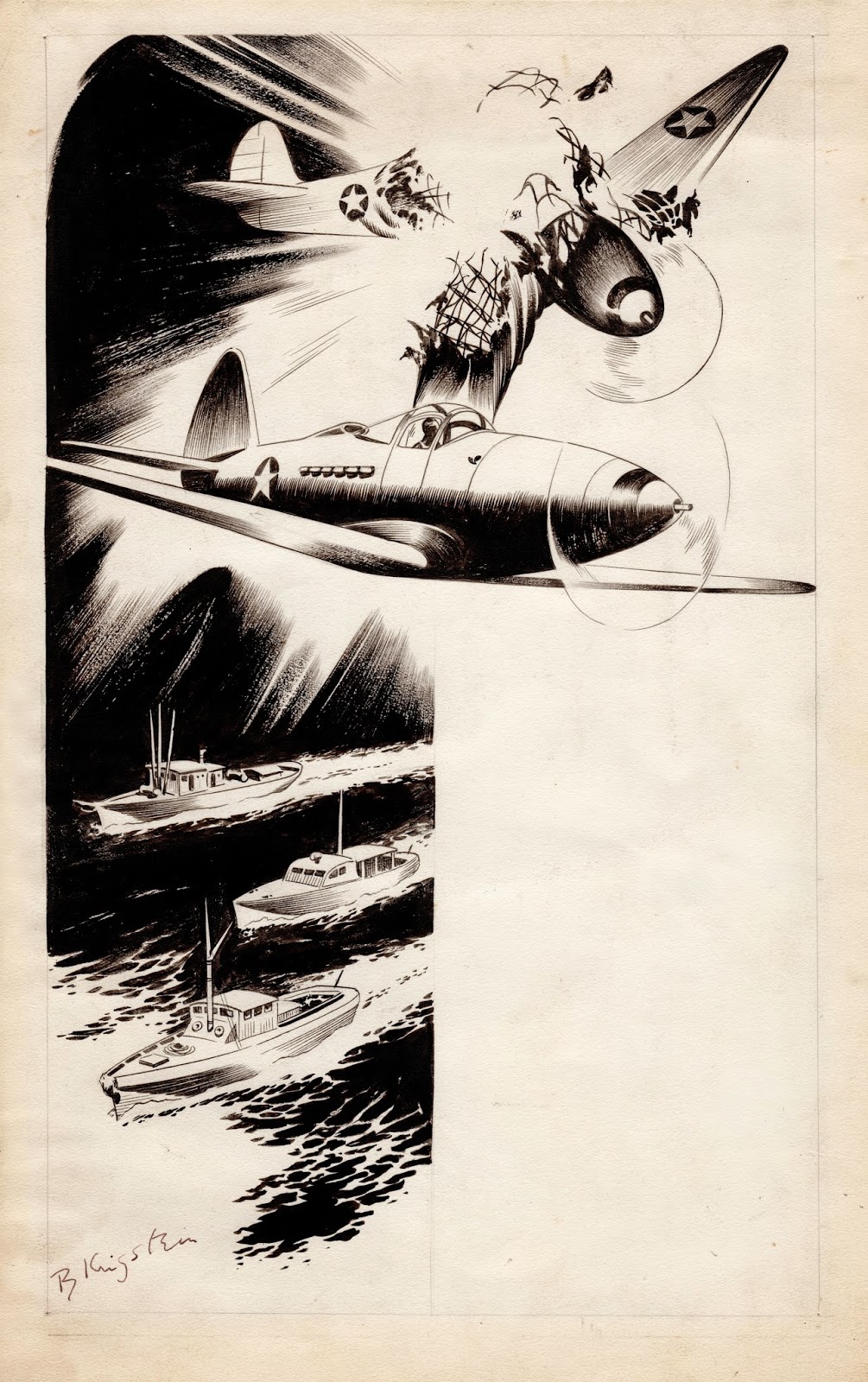 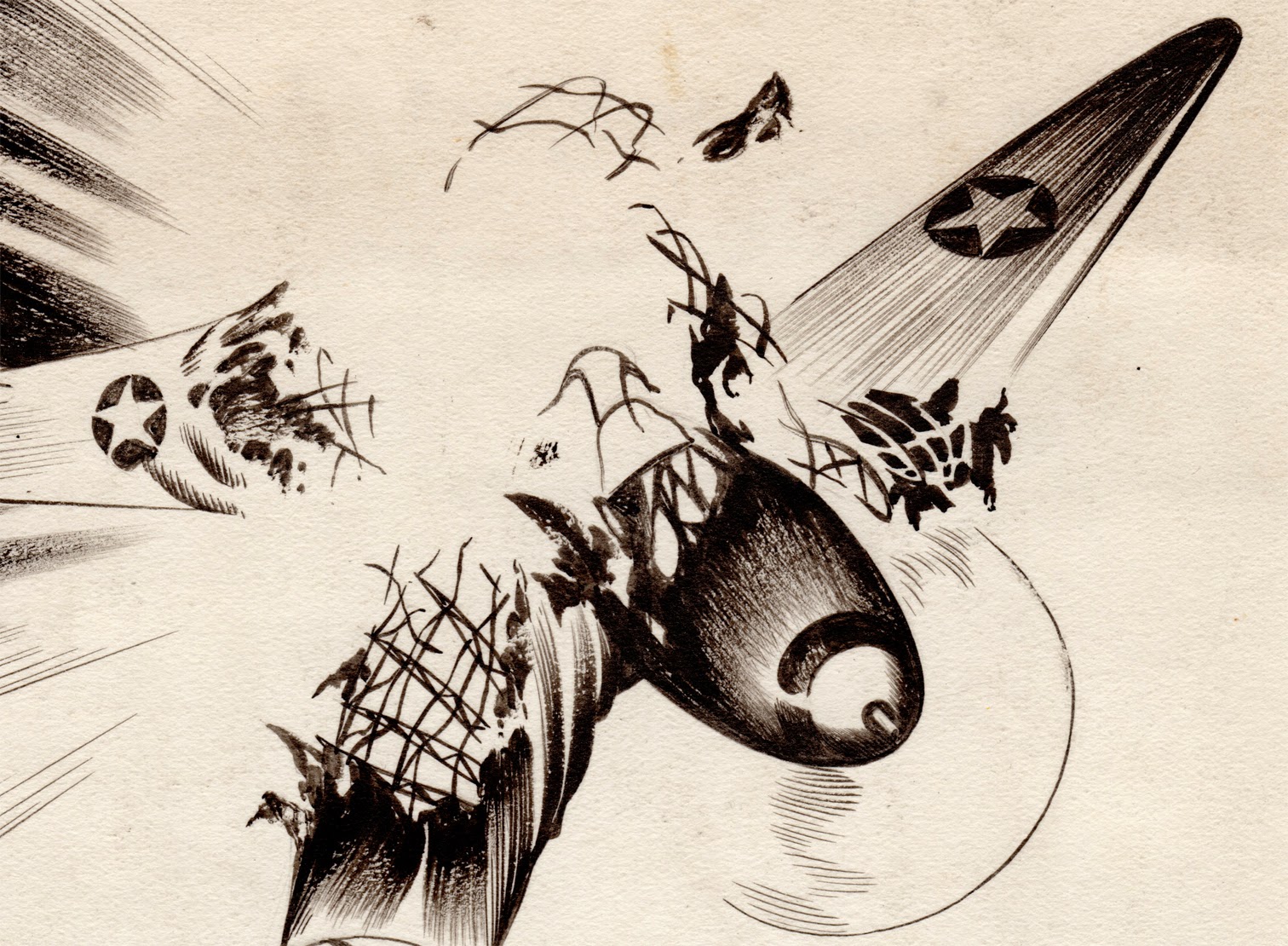 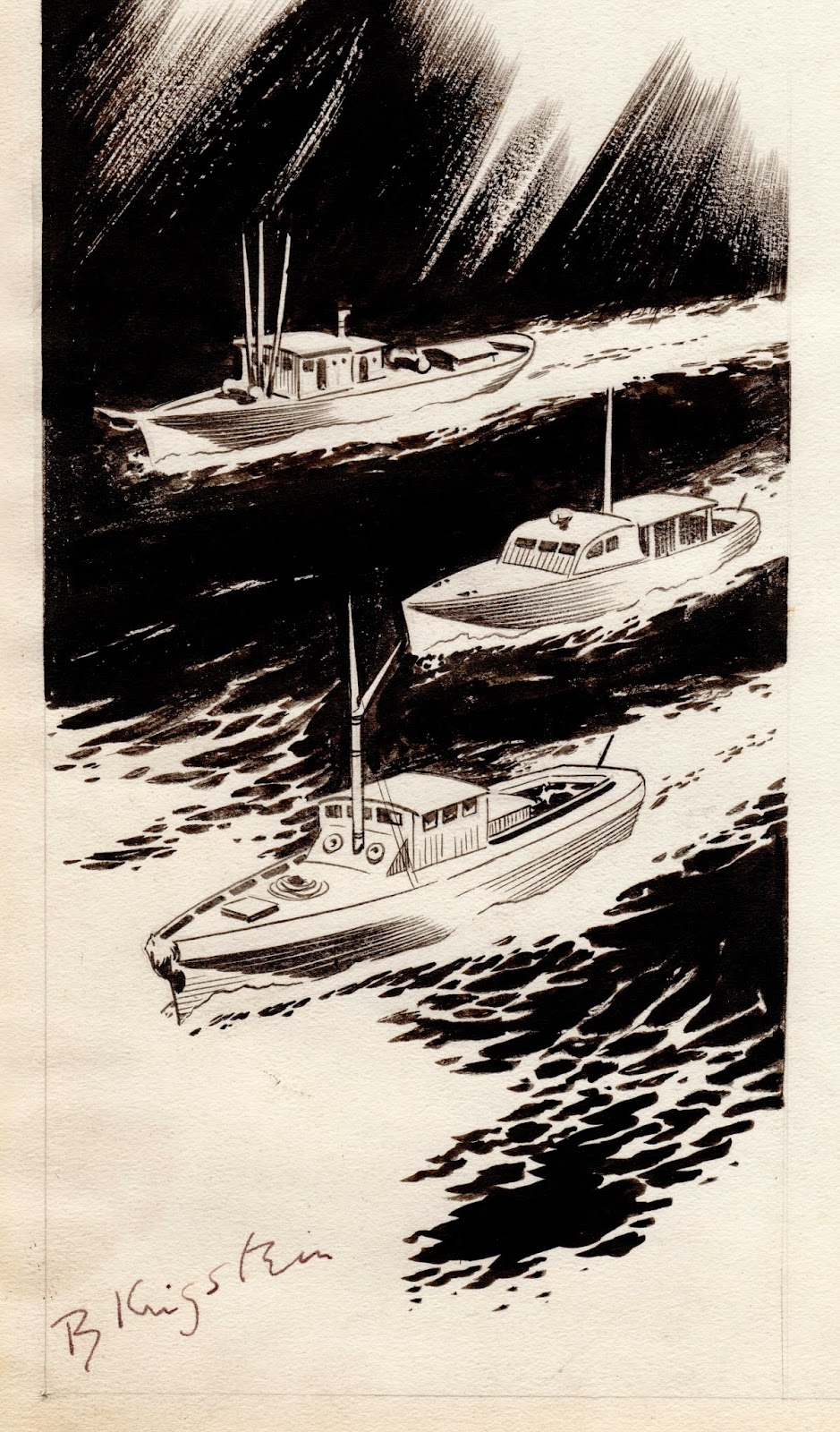 These next pieces are from his time as an instructor at the High School of Art and Design in New York City, a position he accepted in 1962 and held for two decades.  By this point in his life, you can tell he is just enjoying himself, letting his brush skate around the paper without any pencil underdrawing. 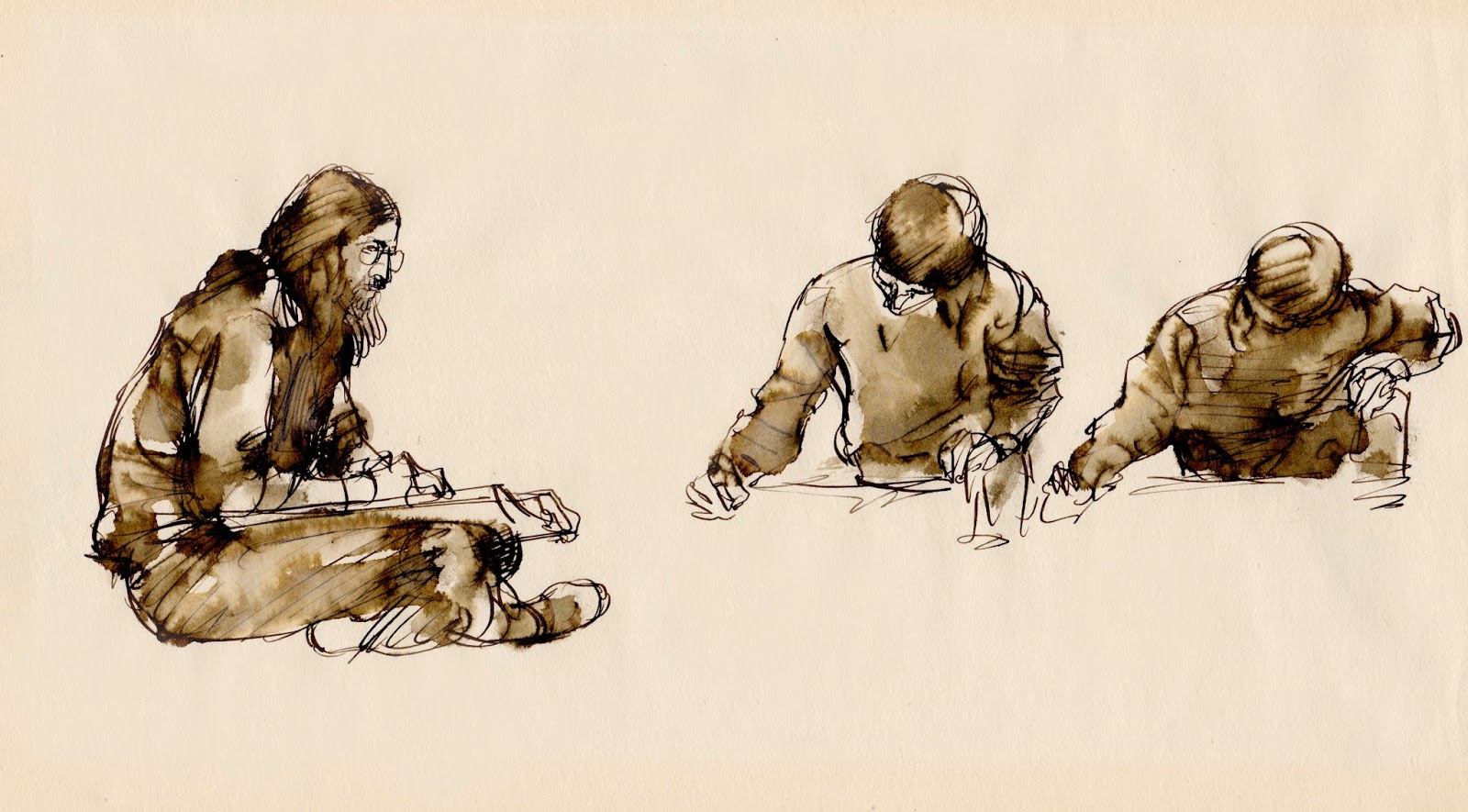 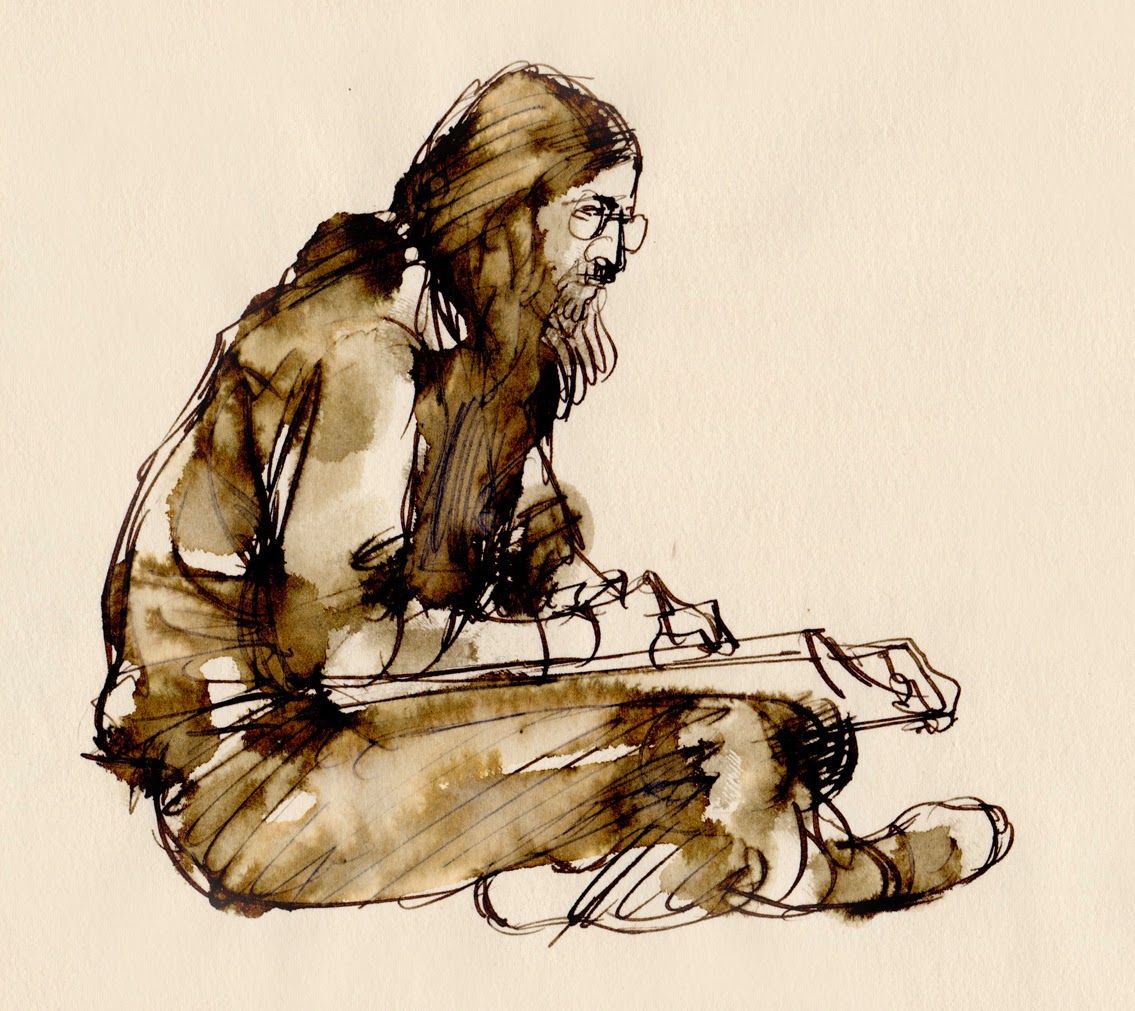 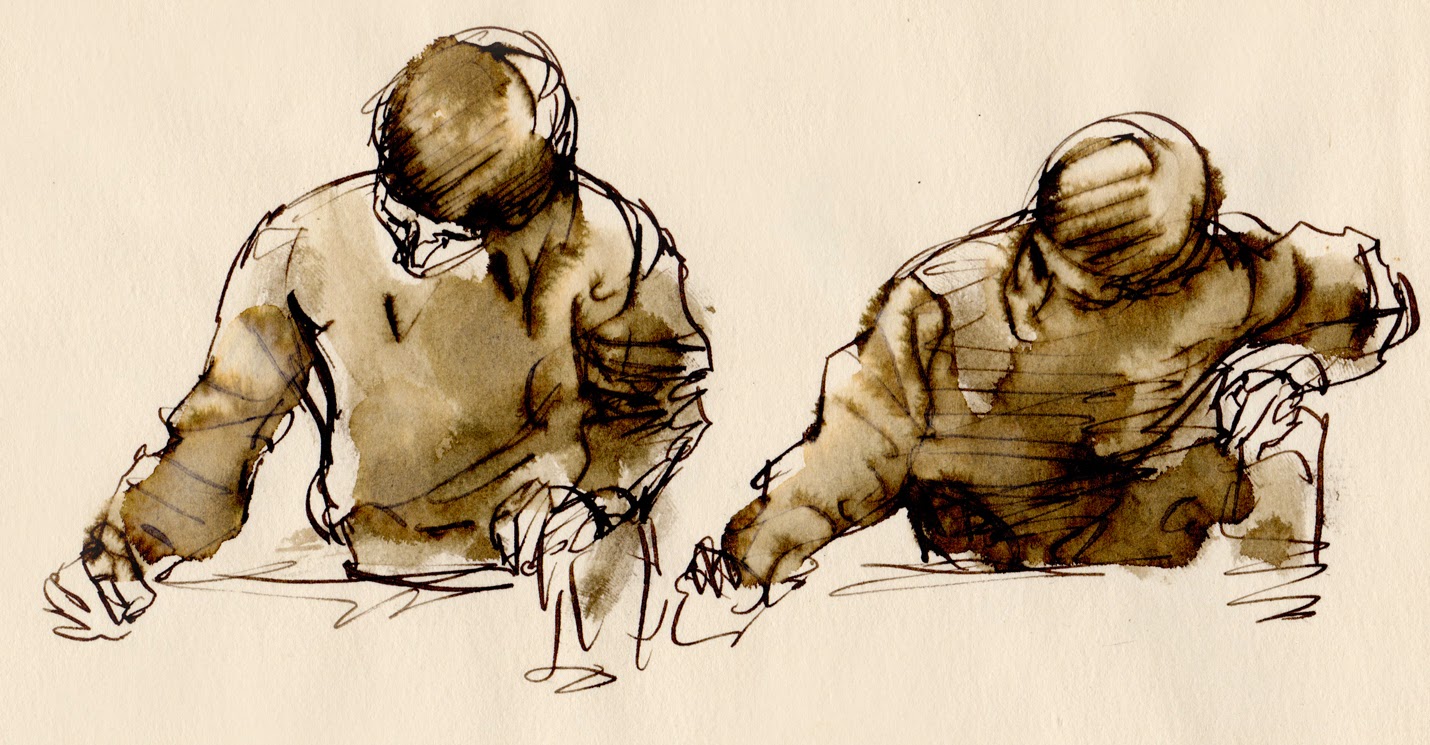 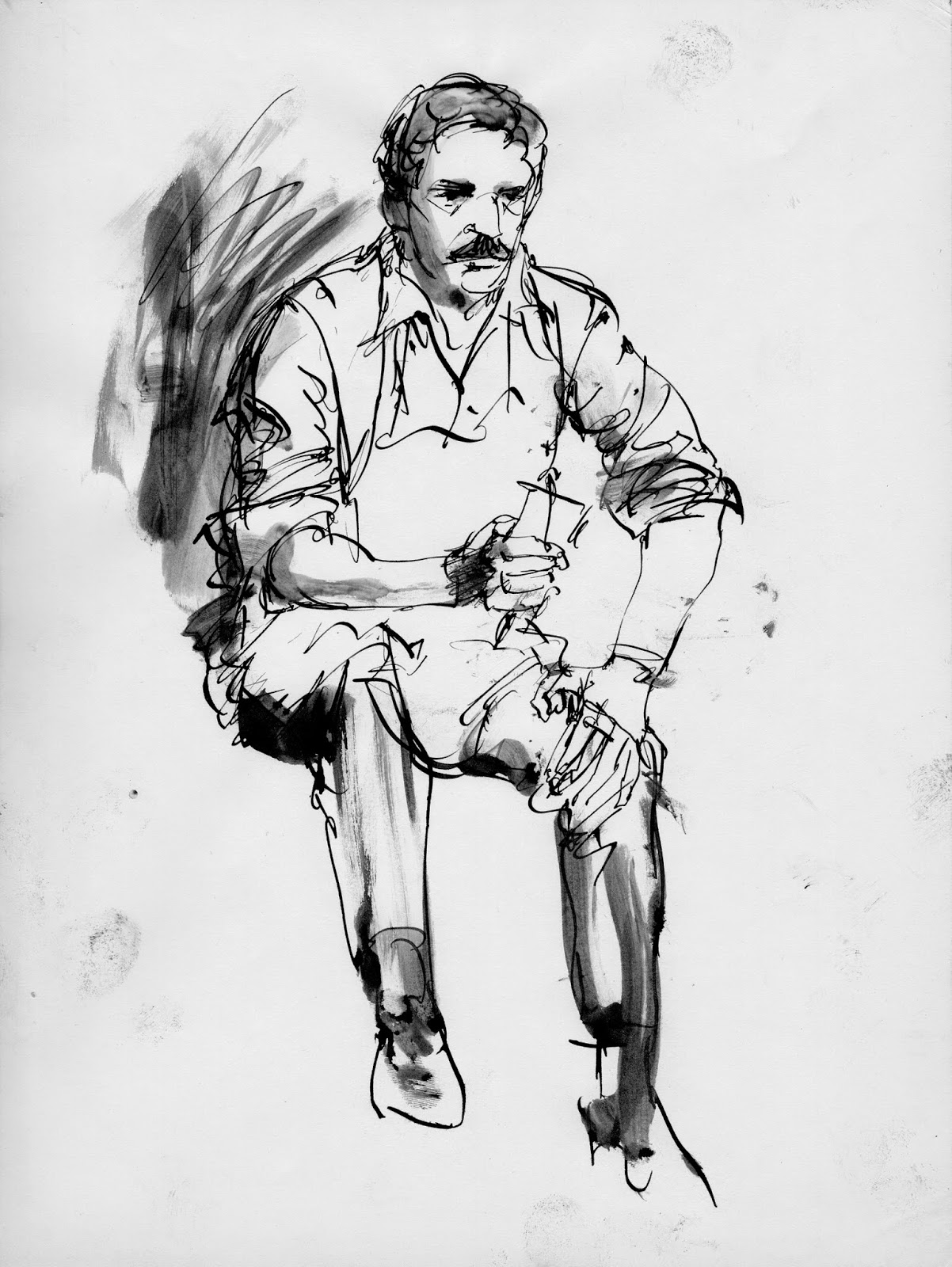 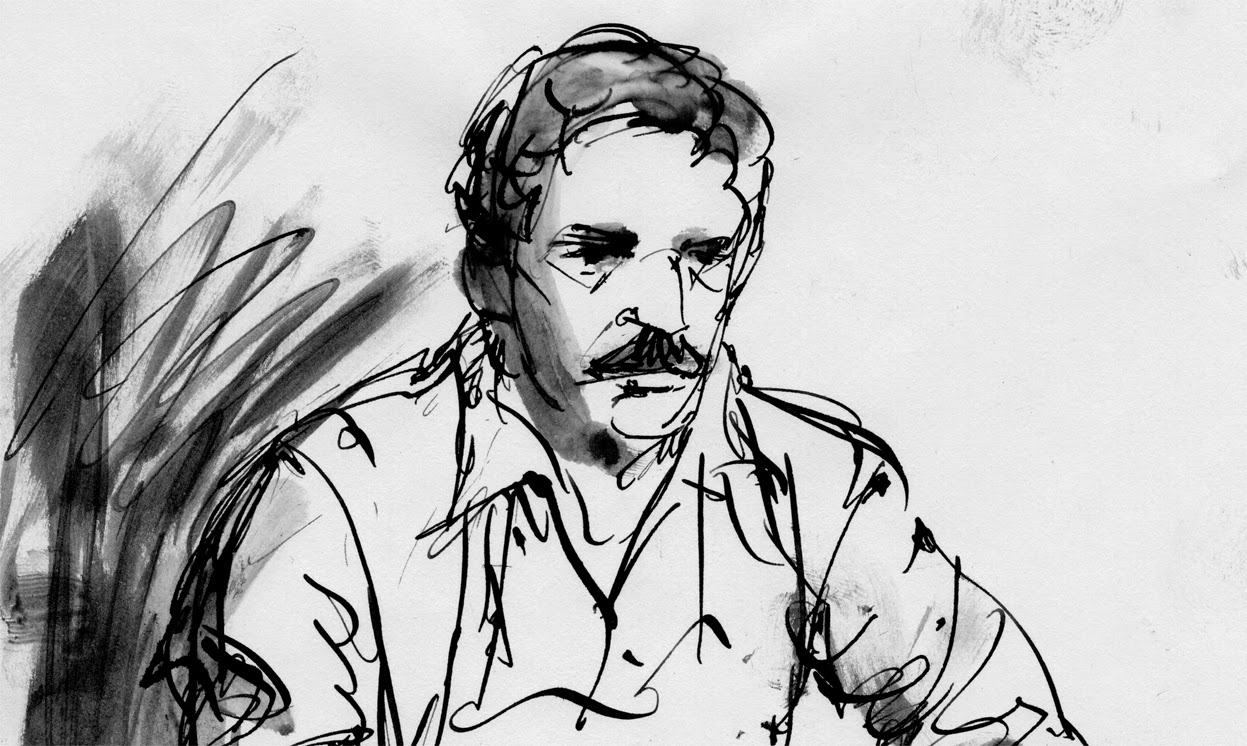 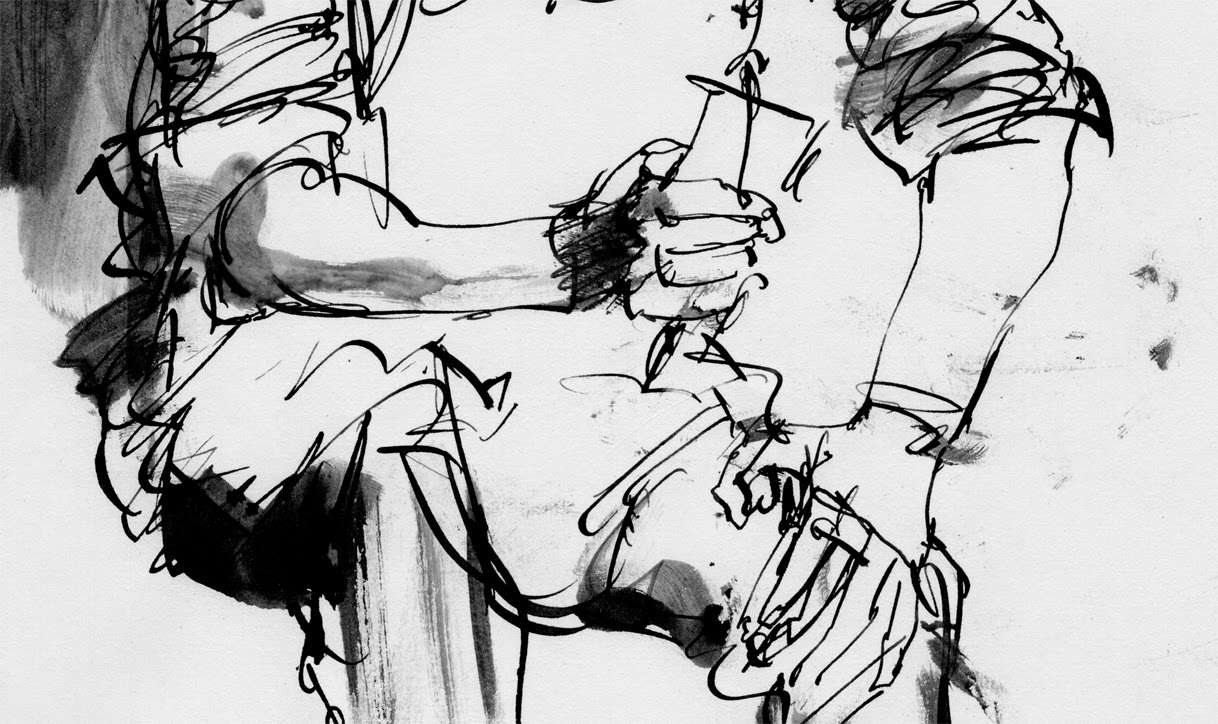 Check out the rest of the Bernard Krigstein Illustration Archive HERE.  If you have any further examples of Krigstein's work that you would like to submit to the Archive (high res scans ideally), contact me at Kojakart@gmail.com.  Thank You.

~kojak
Posted by brian koschak at 9:29 PM No comments: