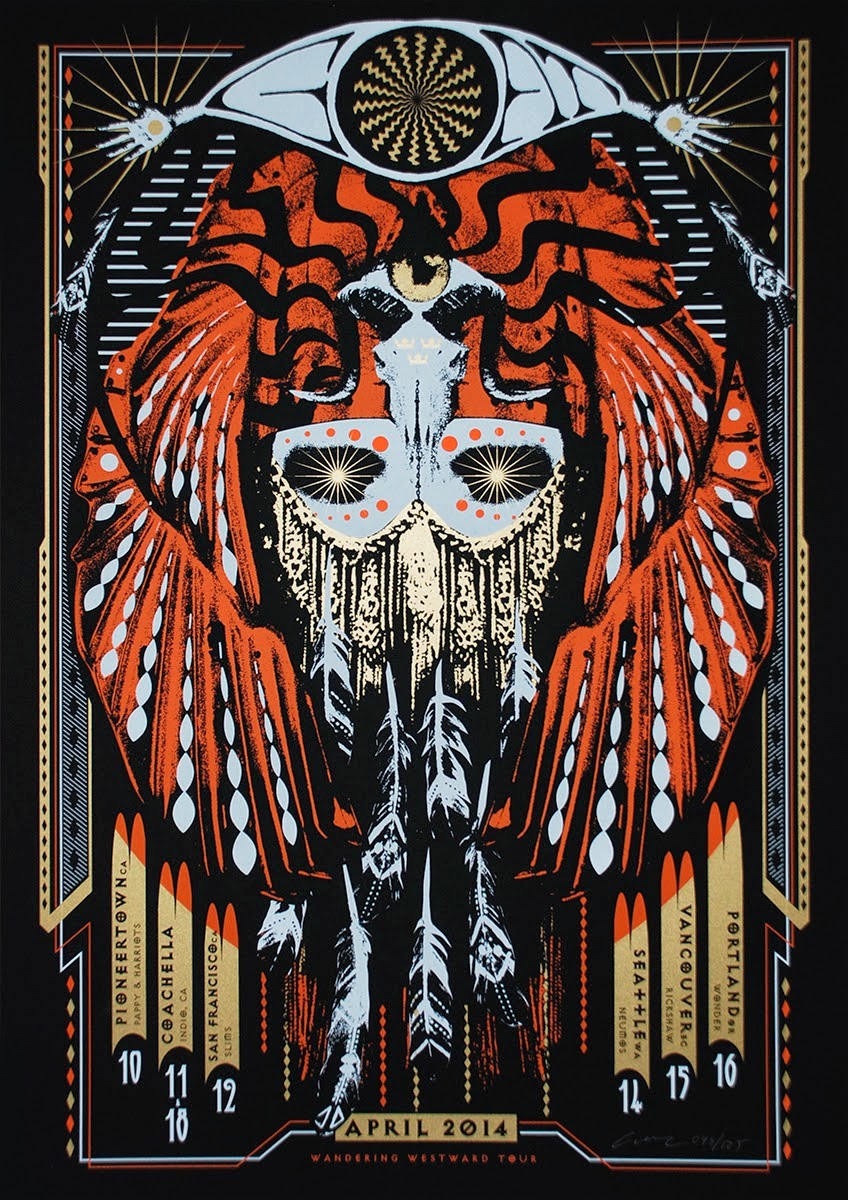 Goat put on a head-turning performance last weekend at Coachella 2014 and are blazing a path up the american west coast for a series of club shows before returning to the festival for another set this weekend.  The band will return to the north america in june for a series of dates, including an appearance at Bonnarroo.  a steady stream of new converts is all but guaranteed.

Email ThisBlogThis!Share to TwitterShare to FacebookShare to Pinterest
Labels: goat